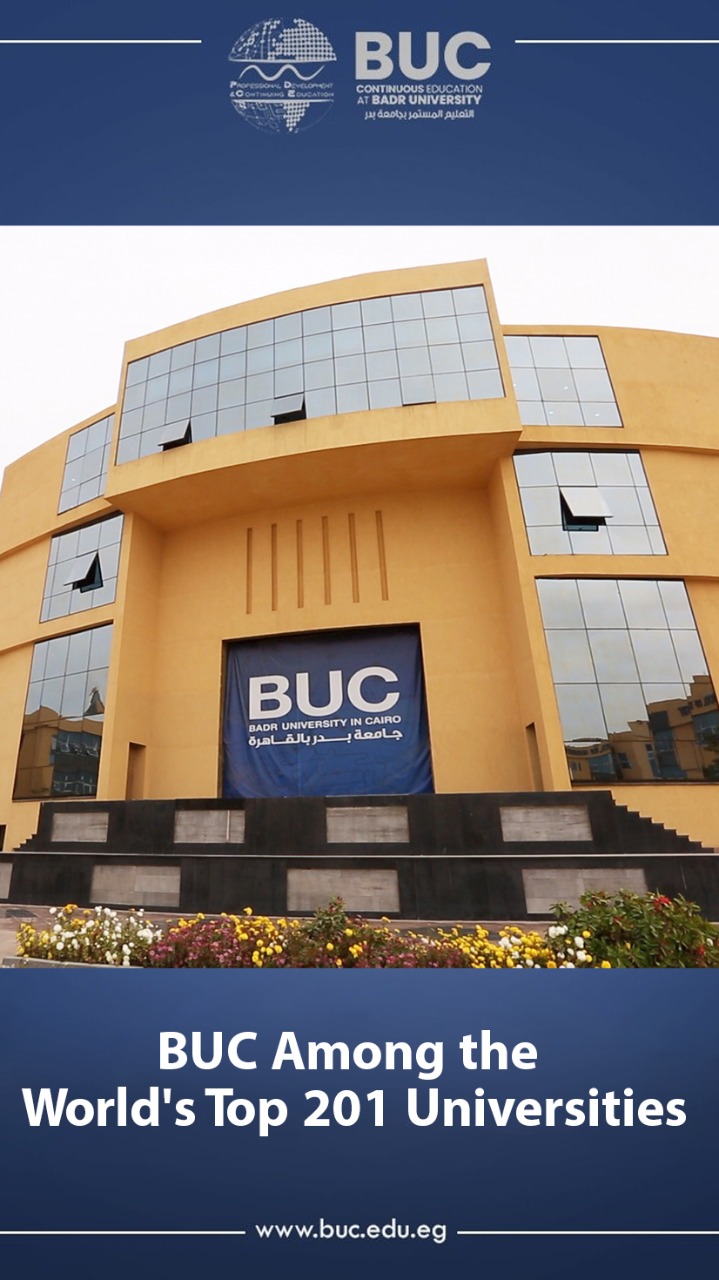 Dr. Fawzi Turki, President of Badr University in Cairo, announced that Times Higher Education has revealed the results of its assessment for the year (2022) and hence; Badr University in Cairo has ranked in the (201-300) category among the world’s universities totaling (1406). BUC scored such rank in various classifications: Good health, welfare, and clean water; considering that the financial and moral support provided by Dr. Hassan Al-Qalla, President of the University’s Board of Trustees, is the mainspring of such advancement.

The President of Badr University in Cairo, Dr. Fawzi Turki, has revealed that the University Administration is fervently moving towards achieving its objective of competing among international classifications, considering the strategical framework developed by the University.

In the same vein, Dr. Ibrahim Al-Kalla, Vice-president of the University for Education and Students at Badr University in Cairo, confirmed that the overall ranking of BUC (801) among a total of 1406 Universities has advanced to score 55.1% in 2022 compared to the last year’s 41.2%. Such remarkable progress is the result of continuous development and the promotion of the educational process, scientific research, and innovation within the schools of the University, reinforced by their international agreements with the world’s leading educational institutions in America, Europe, and South-East Asia.

Prof. Dr. Amr El Atreby, Vice President of the University for Graduate Studies, Research, and International Cooperation has stated that Badr University in Cairo has ranked (400-600) in Reducing Inequality, Sustainable Cities and Communities, and Peace, Justice and Powerful Institutions. Dr. El Atreby noted that this sorting is done every year, depending on the extent to-which the United Nations sustainable development goals are achieved. The best strategy for improving the ranking of the University is to continuously update the University’s website, increase the quality and quantity of its content, enhance the capabilities of laboratories and workshops, and support scientific research.

In a related context, Dr. Mahmoud Al-Sabhy, Coordinator of the International Classification Committee and Director of the Academy of Sciences at Badr University in Cairo, declared that the University signed Fourty agreements, including six protocols with salient academic and specialized institutions in Egypt, in order to exchange experiences and train faculty members and students. This helps raise the level of effectiveness of academic research; as the university aims to graduate highly competent students who contribute to the prosperity of their society.